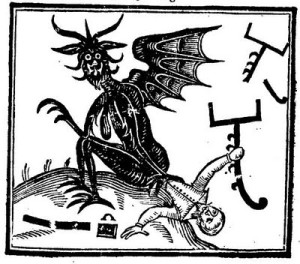 Working again on the new story. No title yet. Again wrestling with the impulse to start from ideas. I had a breakthrough last night as I lay in bed, drifting off to sleep. Or several.

First: don’t start with the idea. That almost got me into trouble with my last story. I had been thinking of this as a story about a controlling pregnant couple and their midwife, on a 40-week collision course with reality. Okay, be that as it may, I can’t go about creating characters to fit that premise. Whenever I sit down to write, I start with the same scene: the father-to-be driving home from work in a pickup with a mobile of plush sea mammals in a bag by his side. I put on the song “I’m an Animal,” by Neko Case, and this helps to conjure the mood: wistfulness and regret in light of the sweeping expanse of time, coupled with a sense of acceptance and grace. I want to write about the mother-to-be, and I know I’ll get to her, but for now I’m intrigued by the father-to-be and his mix of emotions: hopeful, but tired and numb, angry at himself for somehow lacking an appropriate sense of awe, each new baby being the miracle that we are told it is. He can’t separate what he’s supposed to feel, or what he thinks he’s supposed to feel, from what he feels.

Second: build around what you don’t know, with what you know. Cast a mold, form a lost-wax sculpture of truth by surrounding it with your observations. Without overwriting or explicitly stating what you want the reader to understand in his or her bones. Put the dad-to-be in a truck, have him seized by one of those momentary impulses to drive off a cliff—the kind of impulse that people have everyday but are ignored because they are easily overwhelmed by our auto-response system of practical inhibitions. Don’t explain the imp, or draw the thematic connection: just show him.

He can be a good guy with bad thoughts, or even say bad things. Or even not be a good guy. Or even be a complex character who is not clear-cut as being either good or bad. Same with the mom: she can have altruistic impulses, but misguided thoughts or beliefs. Like the idea that she can control birth and its attendant pain by controlling her pregnancy. Or the belief that she needs her husband to be such-and-such kind of partner during pregnancy, when in the cold hard light of reality they are moth just muddling through as best they can, and love each other fundamentally, despite their impish thoughts.

I’m really trying to start the story on the right foot here. I think it’s a third-person story, but am not entirely sure. I’ll try it that way first. I think I’ve got the tone right, with an angry, chuckling sort of humor sprinkled with a light touch of dramatic irony, but who the hell knows? I’ll see how it is when I’m done with the first draft. Maybe I need to ramp up the humor to offset the depth of emotion and act as a springy diving board into it. Or maybe cool and detached is the way to. I’m feeling around in the dark here, just trying to trust my instinct.

Back to writing the thing.