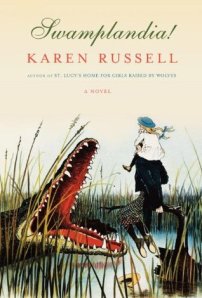 Page ten of my story—this is probably the first time I’ve scrapped a first draft and started it over. Usually if I scrap something, it’s for good. Or else I put it on ice and come back to it months or years later, and build off of it. This time, I wrote seventeen pages of utter crap, then started over in a different tone. It’s easier to write, the voices of the characters are emerging more clearly, but still I’ve been struggling with the first draft.

Part of me is telling myself: just write the damn thing, doesn’t matter how messy or cantankerous a draft. Just get words on paper.

Another part of me is combating that first part, saying, Well I tried that, thankyouverymuch, and it gave me seventeen useless pages. I literally wrote my muse—and my protagonist—straight off a cliff.

So this rewrite is closer to the truth of what I want to say. And I had another thought about one of the two main characters last night, which I shall incorporate later. Yet it’s still so slow.

I try to ask myself: what don’t I know about these people? What do I want to know? And how can I paint these characters as people of depth while still maintaining the fun and energy of the first few pages?

In any case, I think this story will be a fine one, eventually. I just need to get through the writing of the first draft—push myself through it, whatever it takes—and then I can go back and rewrite. I don’t want to discount the strange and mystical sensation of writing a first draft. I want to learn how to be more comfortable with this “not-knowing” and fumbling around in the dark. I suppose that comes with mileage. Therefore: I must finish this story, rewrite and revise, and move on to the next, and then the next. I won’t be a great writer by sitting on my ass theorizing about greatness, will I.

INTERLUDE
On a separate note… I picked up a copy of Karen Russell’s new book, Swamplandia. It is her first novel, based on a story in her first book, St. Lucy’s Home for Girls Raised by Wolves. She’s puttin’ magic realism back in vogue. Loving it. Support a writer: buy yourselves a copy from your favorite independent bookseller today.

BACK TO OUT REGULARLY SCHEDULED PROGRAMMING
So… hi ho, hi ho—off to work I go. We’ll see if I can get another few pages down tomorrow morning. Same Bat-time, same Bat-channel: 8 am to 12 pm at http://www.zaknelson.net.