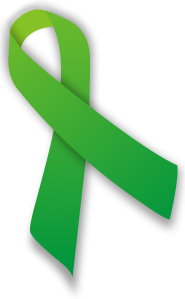 I woke up this morning from unsettling sleep to find Angie scrolling through Facebook news on her iPhone. “I’ve got bad news. Frank has non-Hodgkins lymphoma.” She showed me his post, from 7:45 am. Sure as shit. He writes:

Thank you everyone who has expressed concern for my health. After a battery of blood tests, bone marrow biopsy, an operation to extract tissue, and enough CT/PET scans to glow green, I have been diagnosed with Follicular non-Hodgkin Lymphoma. According to the docs it is an usual and aggressive form of fNHL. Right now it is at stage 3 meaning it is disseminated throughout my abdomen and chest cavity. The good news about aggressive cancers is that they actually respond better to chemo and most of my tumors are small. My largest is 6 cm or so. Let us hope! I will be undergoing treatment right away. I will update again soon. There are still more tests being done to find the best treatment regime for my particular cancer. I will likely use a blog or some other way of updating my friends and family that way if anyone is interested you can just take a peek if you like. I’ll post something here as soon as I set that up. I am keeping positive and just focusing on the fact that I will do ANYTHING to insure I am around for the sake of my children. I will update when I have more info. Thanks again to everyone who has showed concern. You know who you are. lots of love!!

A number of people had already commented on his Facebook post with their prayers and well-wishes and encouraging words. I had nothing to add but one word, “Shits.”

I called up my old friend—I’ve known him since college, when we met at the student co-op and bonded over shared experiences of Spain and love of proper coffee—and he was in the waiting room at ther oncologist’s office, about to be called in for an appointment to go over treatment options. We didn’t talk long—I was going to offer to create a CaringBridge site (or similar) for him and to change up my tickets for an earlier flight (I’m supposed to fly down to the Bay Area for a brief visit in early February, originally to spend some time in the wake of his divorce). That’ll come later. For now he just sounded tired.

He was taking it all in stride: he’d been waiting for this news—any news—for a couple months now, since he started losing weight and feeling aches in his spleen. He marveled at his ex-wife’s coldness when he told her the news last night: she expressed no sympathy, and told him she had just divorced him and had “nothing to give him.” Then he switched topics to his kids, and said, very matter-of-factly, that he’s just got to pull through and fight this thing, for their sake. He chuckled, “just the thought of leaving them with her makes me want to fight.”

I’m getting accustomed to dealing with friends and family with cancer. When my grandmother Mary (“Grandmary” we called her) developed breast cancer, I was in college and pretty removed from it. I never understood how serious it was or could have been, and when she had a mastectomy and fought it and won, I was relieved without ever having really experienced any of her horror. Same is true of Grandma Sonya, with whom I spoke even less frequently. Her cancer was distant news to me, and I mostly expressed my well-wishes and prayers silently. I wish I had been more present, but it is what it is. Then my cousin Josh was nailed by testicular cancer—in the midst of medical school, no less—and fought a protracted battle with that beast. He kept a brilliant journal of it here, one that I hope he’ll turn into a book someday—he’s that good a writer. And most recently, my sister-in-law’s sister-in-law, Sarah, was diagnosed quite suddenly with a particularly nasty form of glioma—brain tumors.

And lately I can’t help but think, selfishly, “When’s it going to be my turn? When will my number be called?”

Sure, I have a lot of faith in Frank’s prognosis and his ability to pull through. That doesn’t make the acrid taste in my mouth go away. Fighting cancer is a one-shitty-day-at-a-time kind of thing, and while prayers and wishes are ALWAYS appreciated and needed to fight it, there’s still the bottomless hole of the cancer itself. Make no mistake: this is the Monster of our era. We are living in the Cancer Age.

It’s too bad the only weapon we’ve come up with so far against this monster is something like the Vizzini Gambit: let’s both drink from this poisoned chalice and see who croaks first.

Anyway, sorry to be so fatalistic about it. I understand that his is a form that responds well to treatment, and I honestly do expect he’ll beat it. My thoughts—and yes, even prayers—are with him. Josh beat his (knock on wood that it doesn’t ever return) and Sarah seems to be winning her uncertain fight, too. But in the meantime, my heart aches for my friend and all that he has to deal with, and for his lovely children, Sonya and Marcas, who will no doubt be confused and frightened, as with any monster, especially the unseen kind.